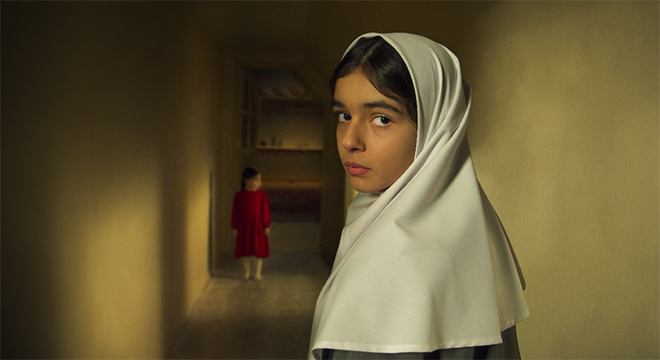 A visually stunning narrative from Iran, described as a science fiction crime film, Killing the Eunuch Khan is a genre-crossing work of art-cinema.

This is a film rich in evocative images and symbolism that, while recalling classic European arthouse cinema, is very much its own beast, and demands audiences engage with it.

A truly powerful exploration of war, family, and crime, for anyone interested in the possibilities of cinema this is essential viewing.

This film is likely to be one of the most surprising and visually striking films you’ll see in many a while, and as such is simply ravishing to behold – whatever your taste in cinema.

“The film is an artistic extravaganza with a genre-bending structure and breathtaking imagery.” – Film Threat