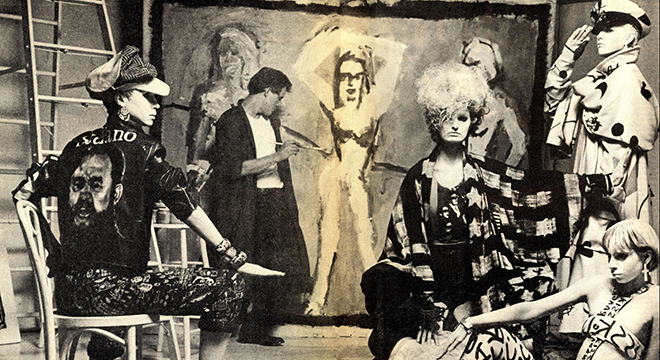 The eighties NYC art scene was a place where anything went, the Lower East Side was a hot bed of creative energy.

Make Me Famous explores this scene, but rather than focusing on the era’s more famous figures like Basquait, Keith Haring, and David Wojnarowicz, it tells the story of unknown expressionist painter Edward Brezinski.

Part of the scene, he never achieved the success of others.

“Vividly describes what life as an artist was like on the Lower East Side of New York. First, you’ll get the sense of the thrill it was to be a struggling artist, and then you’ll get a real sense of the struggle.” – Film Threat

Screens with the short film The Sticklet Weaver