A Pencil To The Jugular 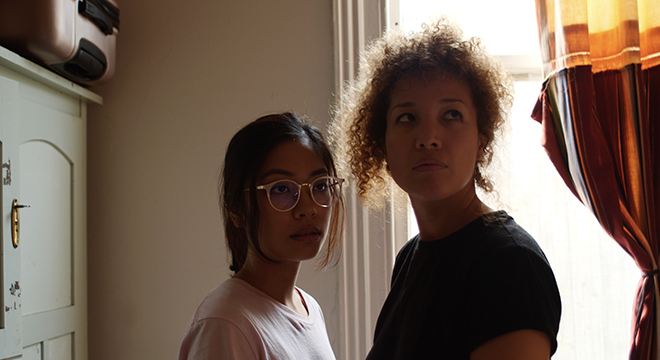 A Pencil to the Jugular is the second in Pastor’s trio of pandemic films, following on from The Neon Across the Ocean which premiered at Revelation last year.

Telling the story of young migrants living in Melbourne as the catastrophe unfolds, the film takes the audience through empty streets and into apartments, creating a psychogeography of the pandemic city and its inhabitants as their lives fall apart.

Pastor is rapidly becoming one of the key figures of Australian indie cinema, with script writing and production collaborator Lorena Zarate – who also appears on screen – and an ensemble cast of young actors, including Shirong Wu, Bridget O’Brien, and Matt Furlani.

A Pencil to the Jugular may be his best film yet.

Get Tickets
View All sessions
Previous
Next