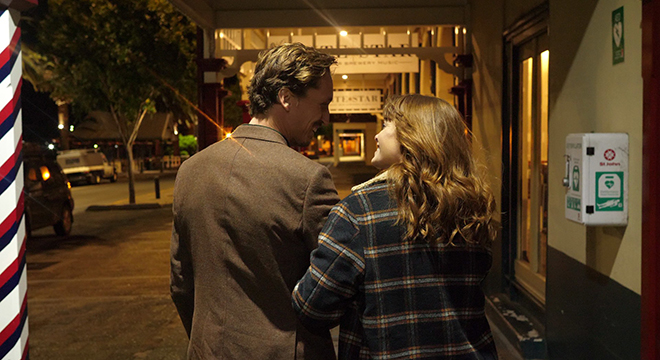 Edward and Isabella follows the titular couple, played by Chloe Hurst and newcomer Daniel Barwick, as they contemplate their relationship.

The film eschews the clichés of the genre as the protagonists trace their way through a weekend away, as writer / director Adam Morris explores the couple’s fragile relationship.

Already nominated for a Miles Franklin Award for his novel Bird, Edward and Isabella is Morris’s first feature film and has already won numerous awards, including Best Film at the WA Screen Culture Awards, Best feature Film at the Prague International Film Festival and Best Director at the Tokyo Film Awards.