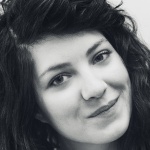 Lauren Brunswick is a producer, director and writer of film, television, music videos & TVC’s. Achievements include selection for the 2015 Screen Producers Australia ‘Ones to Watch’ program, receiving the ‘Young Filmmaker of the Year’ & the ‘Best Director, Short Form’ Awards at the 2015 WA Screen Awards, and the completion of her first feature film, Fantastic Fest-darling Top Knot Detective in 2017.

Current projects on Lauren’s slate include feature films, a children’s television series, an animated series, and a number of cross medium visual arts projects with various creative & production partners across Australia & the US.

As a former Board member of FTI, founding committee member of WIFTWA, and contributor to numerous local industry organisations – Lauren’s enthusiasm to champion creative collaborations, and work with innovative talent is another reason she is excited to join the Revelation Film Festival Board.