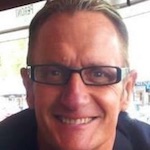 Ian Hale has been a familiar face in the Perth film fraternity for more than 20 years in his capacity as State manager for Paramount Pictures and United International Pictures.

Ian has built a formidable reputation over his years in the industry, not to mention a sound knowledge of and passion for film. During his career with Paramount and UIP, Ian worked on countless films including both blockbusters and local Australian productions, however his true love is independent film and if he’s not working or catching up with friends over coffee discussing them he can be found middle row at Luna or Paradiso enjoying one of the latest art-house releases.

Ian has embarked on his own production very soon as Managing Director of The Backlot Perth, a 50-seat, state-of-the-art cinema designed for not only for corporate film screenings and presentation use but also to service film makers with post-production and editing facilities.

In his spare time, Ian is very committed to his weekly volunteer work coaching The Esther Foundation girls’ basketball team and equally as passionate about his footy team – the Fremantle Dockers.