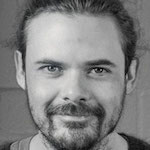 Ben Young is a writer director who began his career as an actor for screen at the age of 12.

After appearing in numerous television commercial and television series Ben developed an interest in writing and directing. He completed a BA at Curtin University in 2003 and an MA at the WA Screen Academy in 2005.

He has since directed music videos, commercials, fashion film, written/directed series television and his 2016 feature debut Hounds of Love. Funded through ScreenWest’s West Coast Vision program the film one numerous awards around the world most notably at The Venice Film Festival. Hounds of Love was nominated for 9 AACTA awards, an ADG award, AWG award, SPA award and was awarded Best Australian Feature at the 2017 ATOM awards and Best Actress at the 2017 AACTA awards.

Ben is currently in post production for his first Hollywood film, Extinction expected for release in 2018 and being produced by Manderville Films, Good Universe and Universal Pictures.