The Passengers of The Night 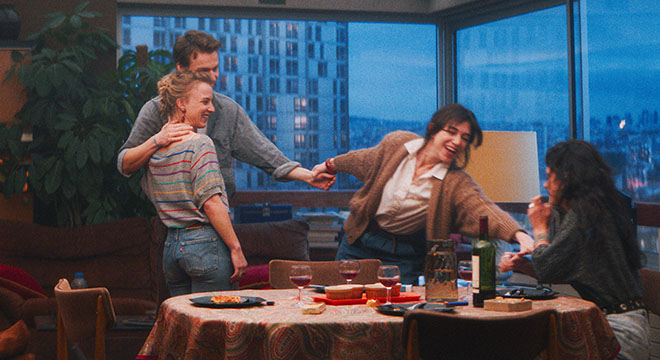 It’s 1981 and newly separated Elisabeth (Charlotte Gainsbourg) is having trouble sleeping, she’s running low on money and has two teenage children to care for.

Finding a job at a late-night radio show she meets Talulah (Noée Abita), a semi-itinerant young woman, and invites her home…

In The Passengers of the Night, director and, alongside Maud Ameline and Mariette Desert, co-writer Hers has created a compact, family drama, with a calm naturalistic tone, that slowly unfolds before his camera, drawing comparisons in The Guardian “the unshowy drama of [new wave director] Eric Rohmer.”