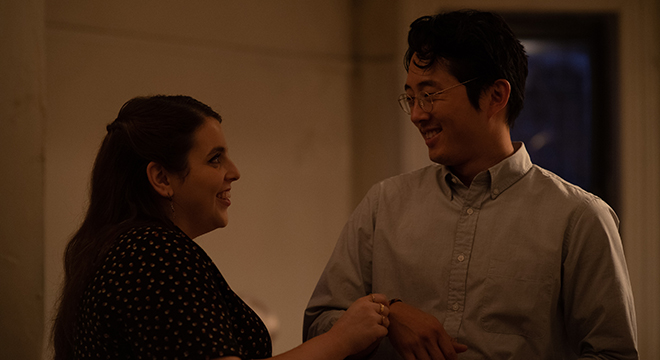 Brigid and Richard have moved into a rundown Manhattan duplex. Before they’ve had time to settle, Brigid’s family visit for Thanksgiving.

Conversations, tensions, dramas slowly emerge, and all around them the duplex creeks, the very walls seem to echo with inexplicable sounds.

Adapted from his Tony Award winning theatrical production, Karam’s film is a masterpiece in tensions, deftly adding a cinematic quality to the unfolding psychological drama.

Screens with the short film Tooly