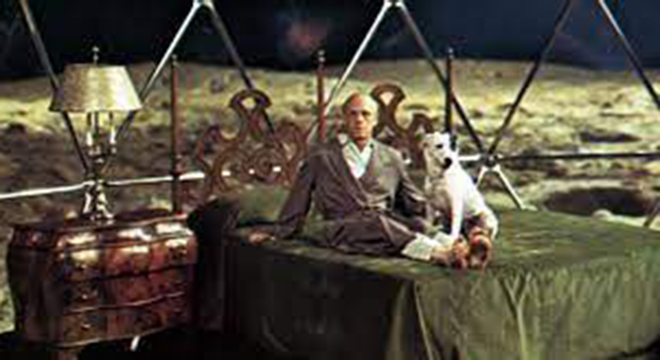 Join us for a Q&A about Slaughterhouse-Five with the Book-To-Film At The Backlot team.

About Book-To-Film At The Backlot

In what might sound like the plot of a romantic-comedy, lovers of literature and film can come together on a monthly basis at Perth’s Backlot Cinema.  Sessions begin with an introduction to the book and its author, followed by a screening of the film adaptation and a discussion of the journey from book to screen.

The series began in September 2020 with Joseph Conrad’s Heart of Darkness (1902) a classic novel set in the Belgian Congo which became the inspiration for Francis Ford Coppola’s Vietnam War epic Apocalypse Now (1979).

The literary sources of our sessions have been extremely varied, with adaptations of novels such as Ira Levin’s Rosemary’s Baby, Virginia Woolf’s Orlando, Australian author Kenneth Cook’s Wake in Fright and Stephen King’s Carrie.  Nicolas Roeg’s Don’t Look Now (1973) was an adaptation of a Daphne Du Maurier novella, while David Cronenberg’s The Fly (1986) was inspired by a short story that first appeared in Playboy magazine.  The Motorcycle Diaries (2004) and Tracks (2013) were both based on memoirs.

The Maltese Falcon and The Big Sleep are classics of American crime fiction featuring iconic (and very different) private investigators.  On screen, however, Sam Spade and Phillip Marlowe are played by the same actor (Humphrey Bogart) so it was fascinating to compare the film adaptations with the source novels.

After a rare screening of Sam Fuller’s White Dog (USA 1982) the presenters hosted a discussion on the director’s fearless allegory of racism in America.  In one of the more unusual moments seen in a Perth cinema, they concluded their presentation with a recreation of an interview between the director and the dog! 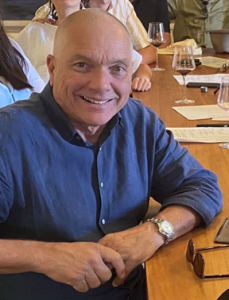 John Newman is a book, film and music lover (obsessed with ‘that guitar sound of Tom Petty’). As a member of two book clubs he struggles to keep up to date with his reading responsibilities whilst working as the Manager of Curriculum for the Arts and English at the School Curriculum and Standards Authority. In an earlier life, he was an English and Literature teacher. 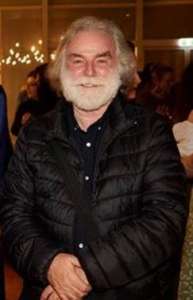 Michael O’Rourke is a screenwriter who has worked in the film industry as an editor and assistant director.  He’s been a film programmer and reviewer in Australia and the UK where he managed cinemas in Camden Town, Notting Hill and Bloomsbury.   As Vice-President of the Australian Council of Film Societies Michael represented Australia at the International Federation of Film Societies AGM in Recife, Brazil (December 2010).  Currently, he is delighted to be one of the presenters of Book-to-Film screenings at the Backlot Cinema here in Perth.

For future Book-To-Film At The Backlot events:

Get Tickets
View All Sessions