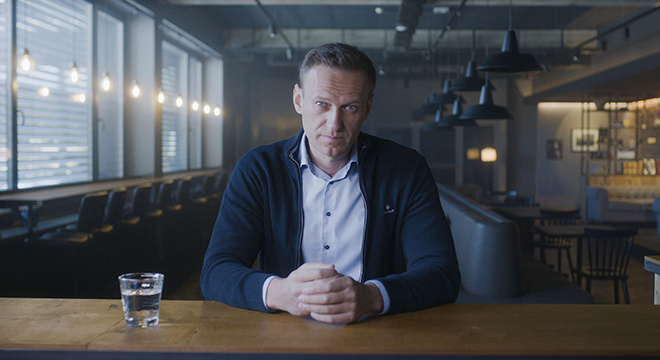 Alexei Navalny – Russian opposition leader – was a frequent critic of corruption, but always believed himself to be safe…

…and then he was poisoned by Novichok on a flight from Siberia to Moscow.

With the pacing and power of a political thriller, Roher’s perfectly pitched documentary switches between fly-on-the-wall observation to in-depth interviews with the subject and those around him, creating a fascinating portrait of Navalny, producing a documentary which (as I write these words) is exceptional and timely.

Screens with the short film