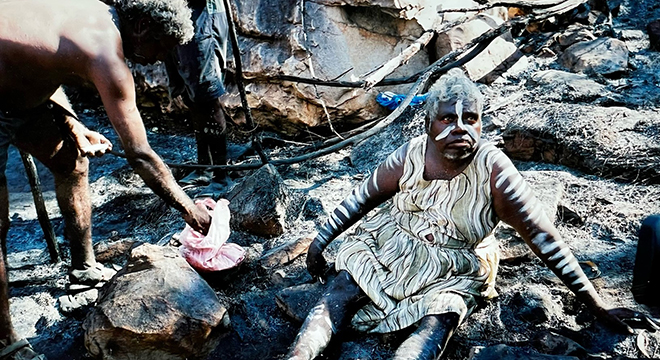 In Namarali, filmmaker Tim Mummery, follows artist Donny (Yorna) Woolagoodja as he pursues his connections to culture and the Wandjina – creator beings – whose images can be seen in caves and rock ledges in the Kimberly.

These images appear in art by Yorna and others, as they tell the story and share their spirituality.

Sharing these stories reached a peak when the image of Namarali, an important Wandjina, was used to represent the people at the 2000 Olympic Ceremony.

Now Yorna and others are returning to country to get to know Namarali once again.

Screens with the short film Through Her Eyes