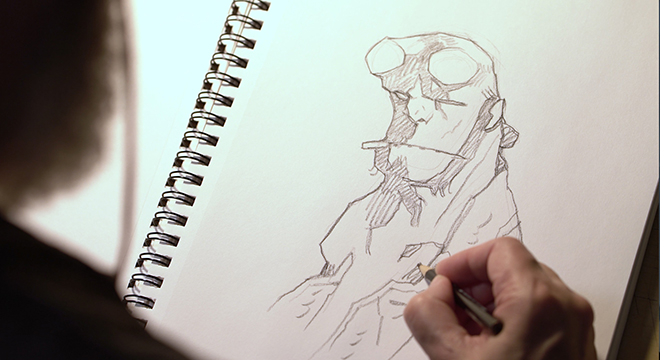 Demonakos and Hanna’s documentary takes the viewer into the world of the artist, tracing Mignola’s creative practice and biography.

Featuring in-depth interviews with Mignola alongside appearances from the likes of Patton Oswalt, Guillermo del Toro, Neil Gaiman, Rebecca Sugar and Victor LaValle, Mike Mignola: Drawing Monsters is a film for fans of the Hellboy universe and the Hellboy movies, but more than this, it’s a film for anyone interested in creativity and the imagination.

Screens with the short film Kukaputju – The Hunter