In The Court of The Crimson King 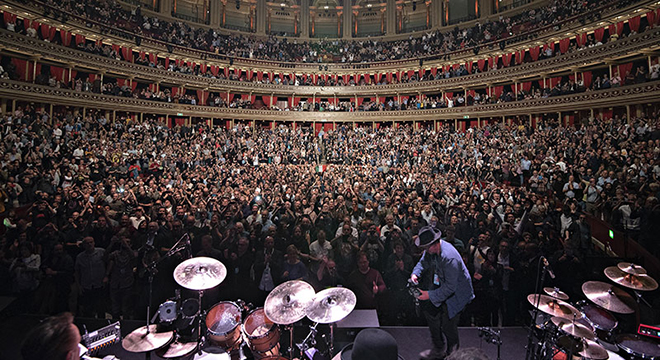 In his latest documentary filmmaker Toby Amies (The Man Whose Mind Exploded) turns his attention to the legendary prog-rock band King Crimson, documenting the group on their 50th anniversary tour.

As the film unfolds with current and ex-members contributing, and the figure of Robert Fripp presiding over all, Amies creates a fascinating portrait of Fripp, the band, and the creative relationships and tension between musicians.

Not merely a film for fans, In the Court of the Crimson King is necessary viewing for anyone interested in music.

“really about as good as rock documentaries get” – Variety

Screens with the short film Film For Storm De Hirsch

Get Tickets
View All Sessions