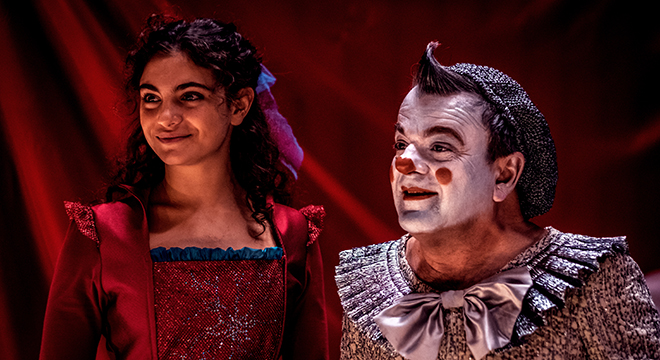 As a small troupe of circus performers find themselves embroiled in the ever-expanding battle front of WW2 in Europe, a singular battle for the future of civilisation emerges in this sprawling big screen fantasy.

Franz is a crazed and ambitious Nazi military officer who’s gifted with an ability to see glimpses of the future – but only glimpses.

Our circus performers made up of Fulvio, Maltilde, Cencio and Mario likewise have their own special powers of strength, the ability to control insects, control over electricity and the ability to bend metal objects.

Unfortunately for our circus friends, Franz sees the future of the war in the powers of these and other gifted individuals, and so through the guise of his own circus, seeks to find those with powers.

From here, both sides are set on a fantastic collision course while the world around them disintegrates.

Freaks Out is a massive big screen statement. Bursting with colour, action, great characters, huge set pieces and joyful magical realism, this film is made for the movies and a welcome and enormously enjoyable flip of the American super-hero genre with a European twist.